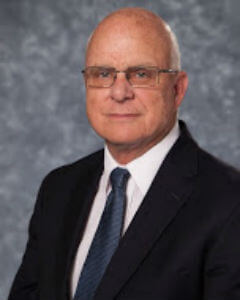 Richard T. Taps graduated from Denison University with a bachelor’s degree in Mathematics. Richard received his law degree from The Ohio State University College of Law in 1978.  He was a member of the Ohio State Law Journal.  Richard was a partner at Bricker & Eckler, LLP from 1984 – 1992.

Super Lawyer in Elder Law since 2005.  Only 3% of attorneys in Ohio have attained this recognition.

Co-author of Financial and Health Care Planning for the Elderly in Ohio (Anderson Publishing Company, 1999).

Author of Probating Your Estate in Franklin County (1995).

Past President of the Board of Trustees of LifeCare Alliance, (provides home health care and meals-on-wheels to the elderly home-bound in Franklin County, Ohio).

Former member of the Board of Trustees for Catholic Social Services, (serves the senior population to help them live independently).

Richard is married and has one daughter, who lives in San Diego. His hobbies include golf, bridge (LifeMaster), and reading.