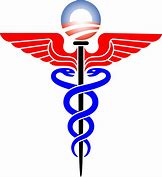 The Affordable Care Act implemented the Medicaid expansion program. This program is often referred to as Modified Adjusted Gross Income Medicaid, or “MAGI.”

The MAGI program expands Medicaid coverage to adults with low income. Under the MAGI eligibility rules, there is no asset test. Instead, the only consideration is the household’s adjusted gross income.

Who Qualifies For MAGI?
There are various categories of MAGI eligibility. Unless otherwise noted, this MAGI discussion will address only long-term care Medicaid (Medicaid to cover the cost of nursing home, assisted living, or in-home care).

If an individual is younger than 65 years of age and is not receiving Medicare benefits, he or she can qualify for long-term care benefits under the MAGI program.

If an individual is 65 years or older, he or she must qualify using the traditional eligibility requirements discussed in Part 1.

Likewise, if an individual is under age 65 but qualifies for Medicare due to the receipt of Social Security Disability for at least two years or otherwise, the individual cannot qualify for MAGI Medicaid and must use the traditional eligibility requirements discussed in Part 1.

In addition to long-term care Medicaid, adults under age 65 who are not receiving Medicaid can qualify for MAGI Medicaid for insurance purposes. For example, a young couple with low income can obtain health insurance through the MAGI program.

The family size is determined by the dependents living in the household (or, the same number of people claimed on the income tax return).

Steve and Tracy have household income of $3,500. For a household of 2, their income exceeds the MAGI-eligibility limit of $1,800. Because Steve is applying for waiver services, spousal impoverishment rules apply. Without Tracy’s income, Steve’s income of $1,500 is compared to the income eligibility limit for a household of 2. Because Steve’s income is less than $1,825, he qualifies for MAGI-based Medicaid.

Additionally, MAGI recipients do not owe a patient liability toward the cost of their care, nor are they subject to any asset limits. 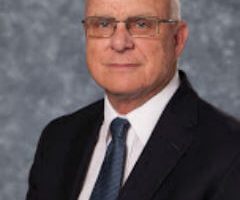